Samhain ~ the final Sabbat in The Wheel of the Year

The final Sabbat in the Wheel of the Year is none other than Samhain (pronounced SOW-win), the third harvest festival and the time when many believe that the veil between our world and the world of the Spirits is at its thinnest. This celebration of the last harvest holds significance in many cultures and takes form in many different ways; the most notable being that of Halloween in modern western calendars. While dressing up and going door-to-door for candy or enjoying media filled with monsters and scares may be what first comes to mind, many of these modern activities actually have deep roots in olden traditions.

One such example is, in the past, the poor population in communities would go door-to-door to wealthy homes seeking soul cakes in exchange for prayers for the dead. This practice, which began in Ireland, was originally known as “mumming” or “souling”. Soul cakes were cookies with crosses drawn on top to represent each soul detained in purgatory. While souling, many would carve lamps out of turnips to light their way on the dark night as they played the role of the souls that were seeking offerings.

In other regions, the night of the 30th was known as “Punkie Night”, where children would go around begging their neighbors for money to help pay for fireworks used on the night after, called Mischief Night. The word “punkie” was what they called the same lanterns made of turnips or sometimes beets that the children carried with them, and those who carried them were said to represent the souls of the dead. Because of this, it was seen as extremely bad luck to turn them away without offerings.

The import of Halloween came to the United States with the immigrants from Ireland, mostly the Ulster Protestants, who hosted celebrations and invited their neighbors of other backgrounds, effectively spreading the traditions. By the 1930s, the traditions of Halloween pranks had spread across America, which in turn led to the widespread tradition of trick-or-treating instead by the 1950s, mostly as a way to distract those who would instead be pranking neighbors.

In modern Wicca, Samhain is seen as the end of the old year and the beginning of the new. It is a time to honor the Goddess, who has left the surface of the earth to travel to the land of the dead below to be reunited with her beloved, the dying god. Many rituals practiced during Samhain have a heavy focus on honoring the dead, especially those who have died during the previous year. This is to do with the belief of the veil between the worlds of the living and the dead being at its thinnest, as well as to tie in with the natural order of things when the harvest has subsided and the crops that have been tended to and provided necessary sustenance die as the cold weather creeps in.

However you decide to celebrate this important end of the Wiccan Wheel of the Year, do so with the knowledge that, despite it being a time of honoring the dead and the world moving into a time of slumber, rebirth always comes soon after. This is a time for introspection and celebration, for our previous selves as well as looking forward to what and who we will become once we make it through the harshest time of the year. 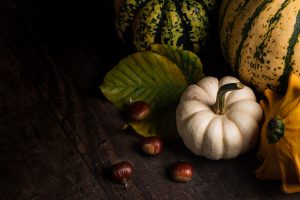 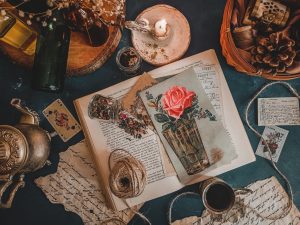 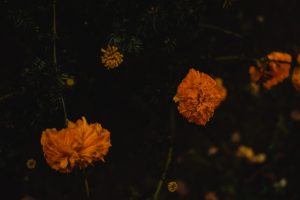